Tintenstrom – Theatre In The Hidden 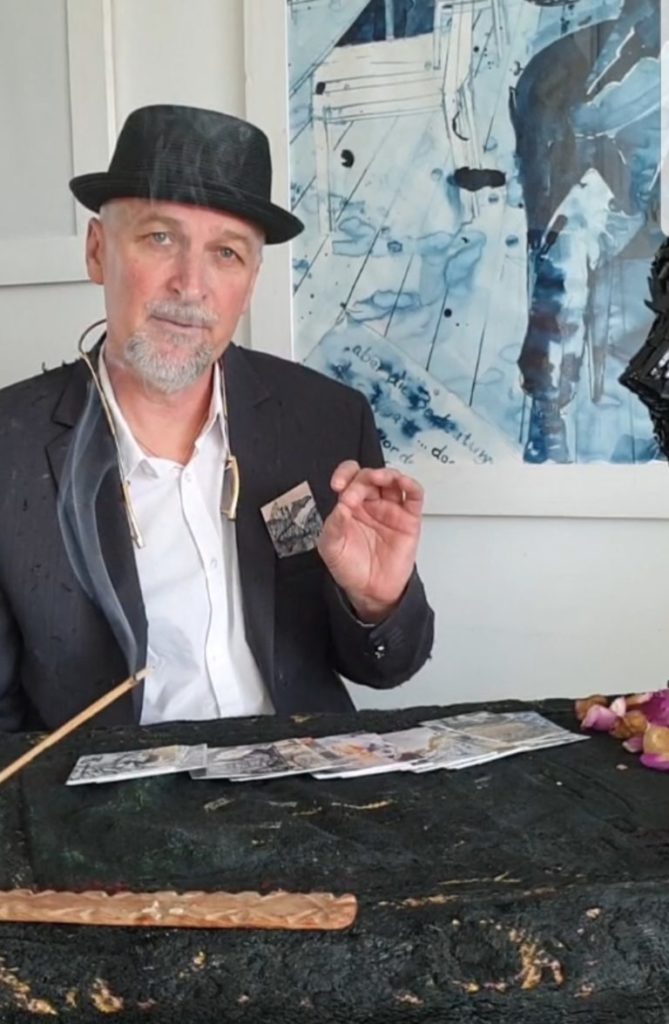 Continuing presenting the workshops and events at GIOCOSAMENTE

TINTENSTROM – Theater in the Hidden

48 cards that convey different aspects and roles like messengers. Answers to asked and unasked questions will be provided.

In Hinduism, there is the concept of Lila, which says that creation in itself is a game. A collective game between life and humans, in which above all joy, freedom and spontaneity are inherent. TINTENSTROM wants to mix our function-oriented society with play. Because TINSTROM plays in real life, the boundaries between reality and game blur to the realization that we are all actors in a “divina commedia / divine comedy” anyway and live already our roles with incomparable elegance and naturalness. It looks like real! At some moments TINTENSTROM can no longer be distinguished from Lila, they are one.

The game structure of TINTENSTROM is based on laws of the game of life. For example, the fact that evolution evolves over challenges, so there are also opponents and challenges in the game. The players can choose certain roles for themselves or draw by chance and include certain aspects. The aspects refer to qualities that are helpful – as they are in real life – to delve deeper into the game. Players can assist each other to help them get there: Gnothi Seauton / Know Thyself.

TINTENSTROM also refers to the current status quo of our society, which mirrors like a collective reflection of our individual interior. The root of the problems of our society is man’s relationship with himself. Everyone is the tip on the scales and decides where we go. Do we want a more beautiful world?

NextOnce Upon A Time … STREET GAMESNext

© All Rights Reserved Copyright 2022 - Giocosamente Festival
Made with ♥ by Ben